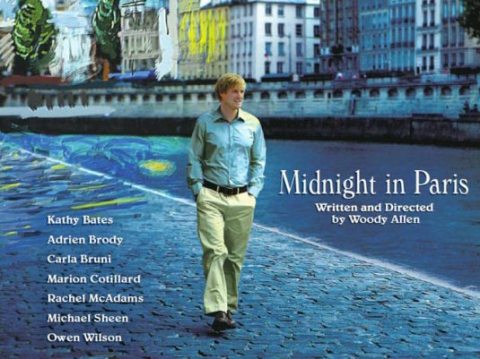 If only it were as easy to find a great editor as it was in the latest Woody Allen film, Midnight in Paris. Owen Wilson (a West Coast Woody Allen) is a Hollywood screenwriter taking on his first real novel. A hopeless romantic he wanders the streets of Paris and reminisces about what it might have been like to live in Paris in the 20s. (mini spoiler) As he walks the streets at midnight he finds himself magically transported back to the 20s and in the company of the greatest writers, artists and thinkers of that time. Gertrude Stein (Kathy Bates) even agrees to read and critique his novel. If only it were that easy.

Even though I’ve never written a book, I know from the work I have done that editing can be what makes something great. Luckily my skin has thickened nicely over the years and I look at critique (or I should say good critique) as a positive thing now. When I was greener I always took it to mean I hadn’t thought through my work enough. Now I realize that critique can help unlock the greatness in your own thinking in a way you can never do on your own.

The hard part is finding someone you not only trust with your soul but that you trust to be honest. The last thing I want is too many cooks in the kitchen. I want to create a relationship with someone who can bring my work to the place it needs to be. This involves an inordinate amount of both trust and honesty. What better person to turn to than my husband?

John is not a traditional editor in any sense but he’s one of the most well-read people I know. The good thing is that I know he will hold me dead to rights in my own writing and help me get to where I need to be. As with any good married couple we can sometimes be overly critical of each other which I’ll have to watch.

Maybe we should edit over wine.