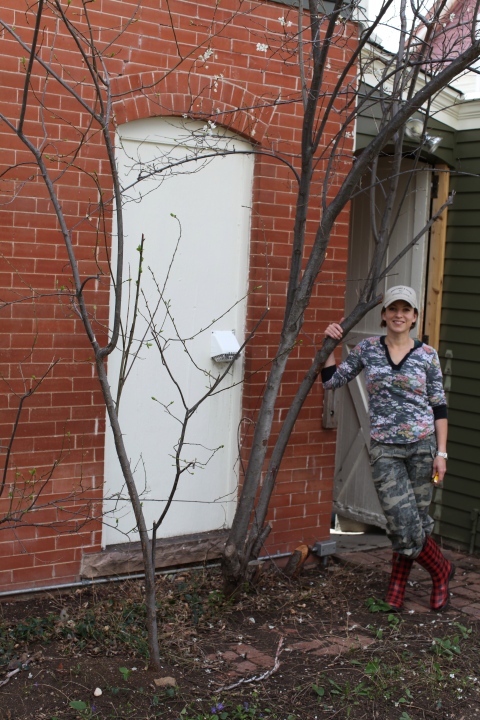 Kelly is standing next to the door that used to be the door into the kitchen. When looking for somewhere to dig in your backyard supposedly you’re supposed to try to figure out where the “midden” was or the kitchen heap. This is often the place where the trash was thrown or buried.

Given we live in a fairly cold climate for a good part of the year we also were trying to figure out where the outhouse might have been as that was another place people would get ride of stuff.

Today we just marked off a spot of 2 yards by 2 yards and spent a good part of the time cleaning out all the weeds and vines growing. (something I’m becoming somewhat of an expert at).

We chose a spot fairly close to the kitchen but still off to the side as it was likely not somewhere there would have been a lot of foot traffic. 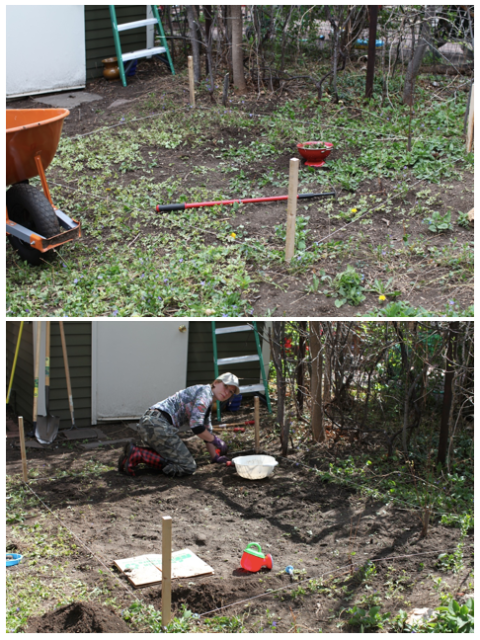 It’s funny how just about everyone in college thinks about becoming an archeology major at some point or other, imagining traveling to exotic locations and finding treasures & artifacts. It was probably all the Indiana Jones movies we grew up with. The truth is it is pretty backbreaking work. Luckily Kelly and I always have fun just shooting the shit. I suppose we did have a little help as well from her son and the other neighbor’s cat Smoke. 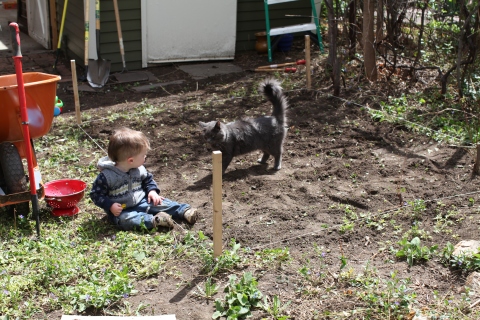 We didn’t get too far today with the actual digging but we did find a few scraps of rusted metal and some old, rusted nails (and lots of earthworms). We’re hoping to find the good stuff when we get further digging tomorrow. 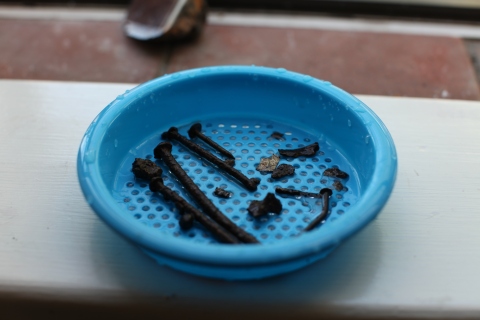 § 2 Responses to where to dig

You are currently reading where to dig at 52 To Do.