The first time I went to Italy was in 1998 with my college buddy, Chad. He was getting ready to go to med school and I was heading to business school, so we both took a couple of months off beforehand and went backpacking around Europe. The whole trip was amazing, but Italy was my favorite country of the bunch. We even, randomly, got to take communion in St. Peter’s Basilica from Pope John Paul II (don’t tell my catholic friends): 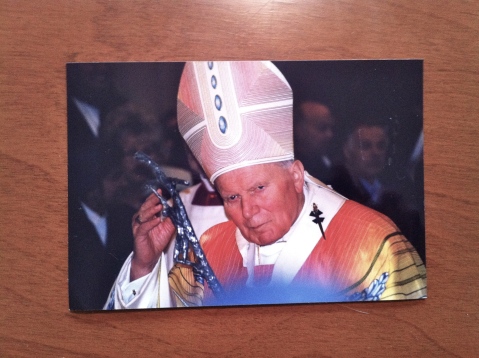 Neither Chad nor I knew how to speak Italian, but we got along anyway. I went on to learn Spanish instead, eventually working in Spain and Mexico. I’ve always loved meeting people from different places and learning about different cultures. It think it was a combination of my grandparents always talking about their travels around the world and a really great high school Spanish teacher. I always knew I wanted to travel as much as possible and I wanted to learn to speak other languages. For me, it always felt like you were a bit removed when you couldn’t really communicate.

In May, John & I are going back to Italy on vacation for a week in Venice & then up the coast to Trieste. This time I’d like to speak a little more Italian when we go, especially since we’ll be off the beaten track visiting some of the vineyards I learned about during my sommelier week.

Italian has always been a fascinating language to me because it’s so expressive. It seems to be such a mirror of Italian culture in its emphatic nature. It doesn’t often seem like Italians say things just to say them but rather have an important point of view to convey. It’s more of an engaging debate than a conversation.

Hopefully as I learn some Italian this week I can break out of my monotone way of speaking and pick it up the pace a bit.

You are currently reading learning to speak Italian at 52 To Do.